by Beyza Solakoglu - bsolakoglu@chemorbis.com
After pulling in different directions, import PS pricing in Asia seems to have begun catching up with the rise in ABS offers. This week, early PS offers to the market showed signs of firming, with sellers wagering that buyers will start restocking ahead of the fast-approaching Lunar New Year. Another factor that influenced the sentiment was the steady rise in Asian spot styrene costs.

In China, ABS offers were the first to respond to changes in energy and upstream values. The overall range of the import market indicated a slight increase last week, the first since almost two months-worth of flat to lower pricing. In addition to stronger costs, replenishment activities ahead of the Lunar New Year also partially supported the overall sentiment.

By the end of last week, spot styrene prices in Asia increased 5% over the previous week, tracking the weekly gains of around $40-50/ton in spot benzene prices. Spot ACN prices were assessed similarly higher on the week while spot butadiene ended last week at steady levels after logging a weekly increase of $50/ton.

Despite the changes in monomer costs and a slight improvement in buying during the past week, bearish overtones in the China’s import PS market saw sellers decreasing or rolling over their prices from the previous week. However, with styrene costs extending their gains, sellers started testing the waters this week by announcing mild increases.

Will sellers be able to hold on to hikes?

On the buyers’ side of the import market, there are doubts as to whether the increases will hold for a consistent period of time. Most buyers think producers will find it harder to pass down any concrete increase, with the market currently in a wait-and-see position.

A trader affirmed that buyers have remained largely cautious against the recent hike attempt. The trader also added that a few small movements both up and down may be seen, but prices are likely to remain steady over the near-term. 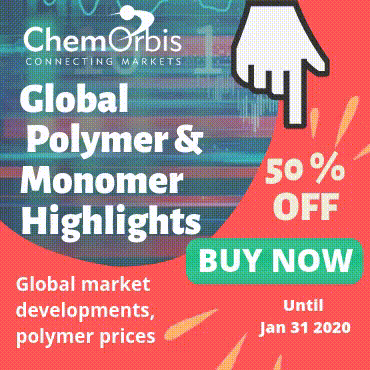